This project consists of 138 luxury apartments above a ground level retail floor in a 20 storey curvilinear tower.

Kann Finch has created a landmark building, giving new meaning and identity to the site. The building has been designed as a positive and optimistic piece of architecture that injects new energy and makes an exciting contribution to Bondi Junction.

A central, naturally ventilated corridor with east-west orientation unites the two towers in all aspects to make efficient use of natural energy and maximise the solar access and increase amenity within the building.

The tower reads as a series of horizontal bands that wrap around the organic floor plate. The changing colour of the bands from north to south towers emphasises their individuality in response to the orientation and the site context.

The gradual change in the width of the bands on the north tower creates visual interest when viewing the tower from the northern part of the site, whilst the darker south tower presents itself as a slender element that anchors the building at the south-east corner of the site.

The tower sits atop a strong podium expression housing two storey loft style apartments over ground level retail. The podium redefines the corner of the site and marks the entrance to Bondi Junction commercial/retail center from Oxford Street north. 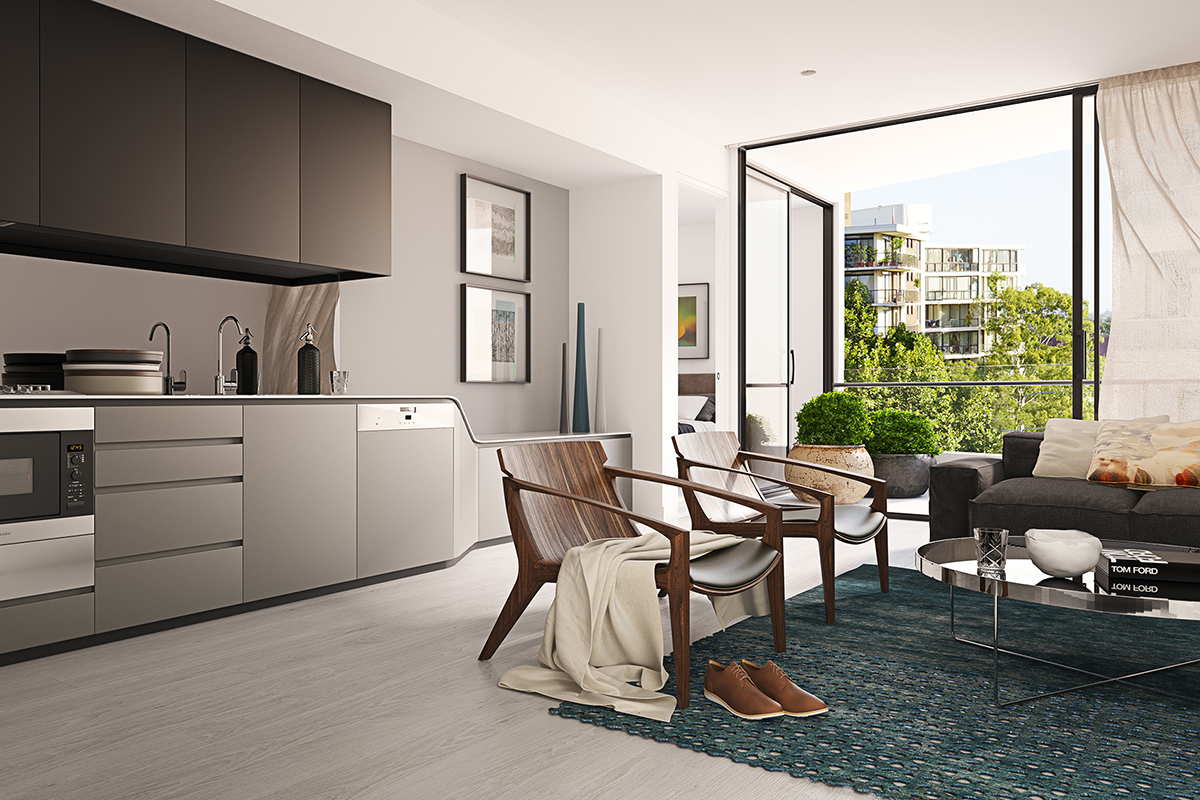 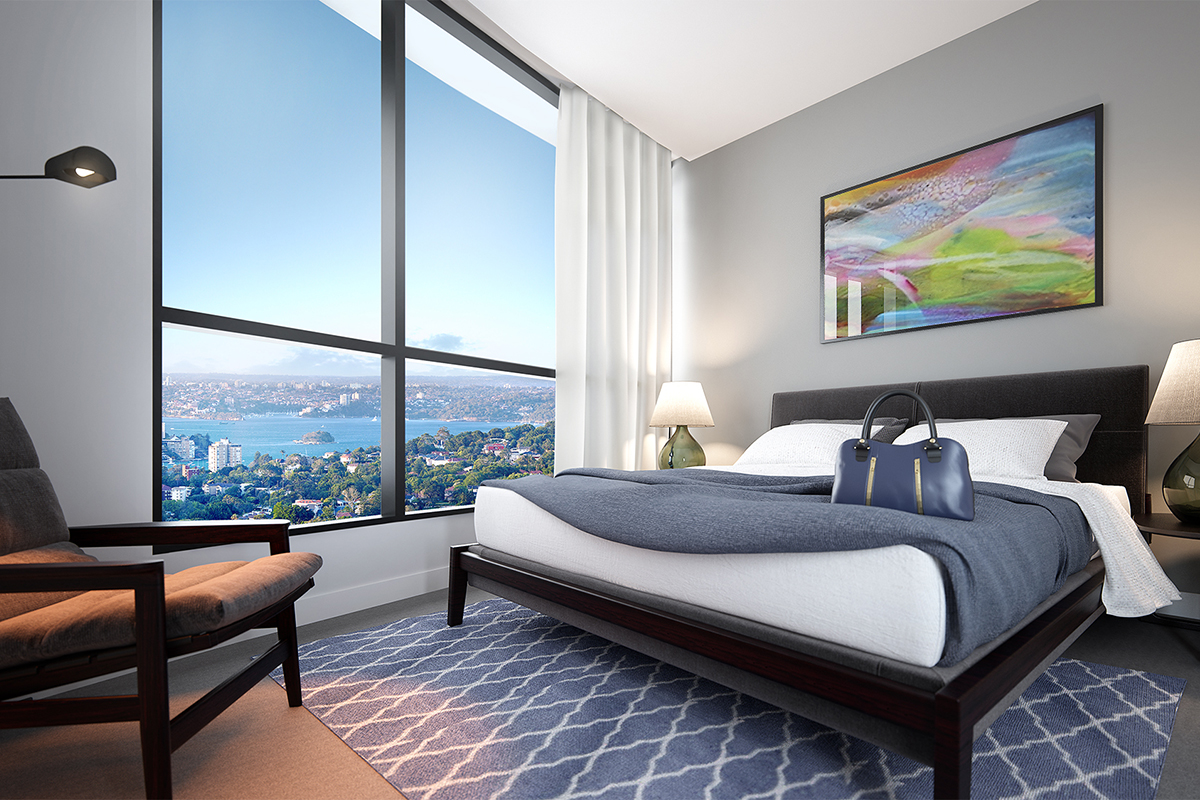 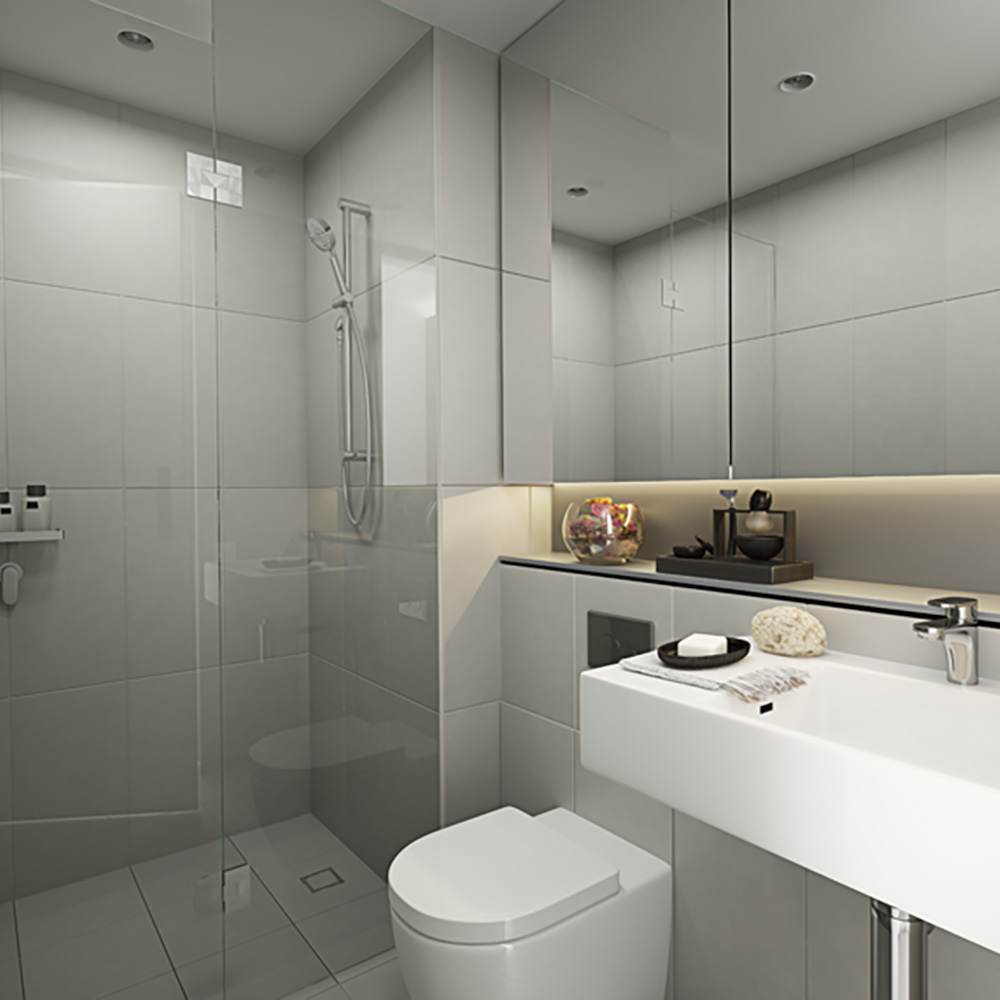 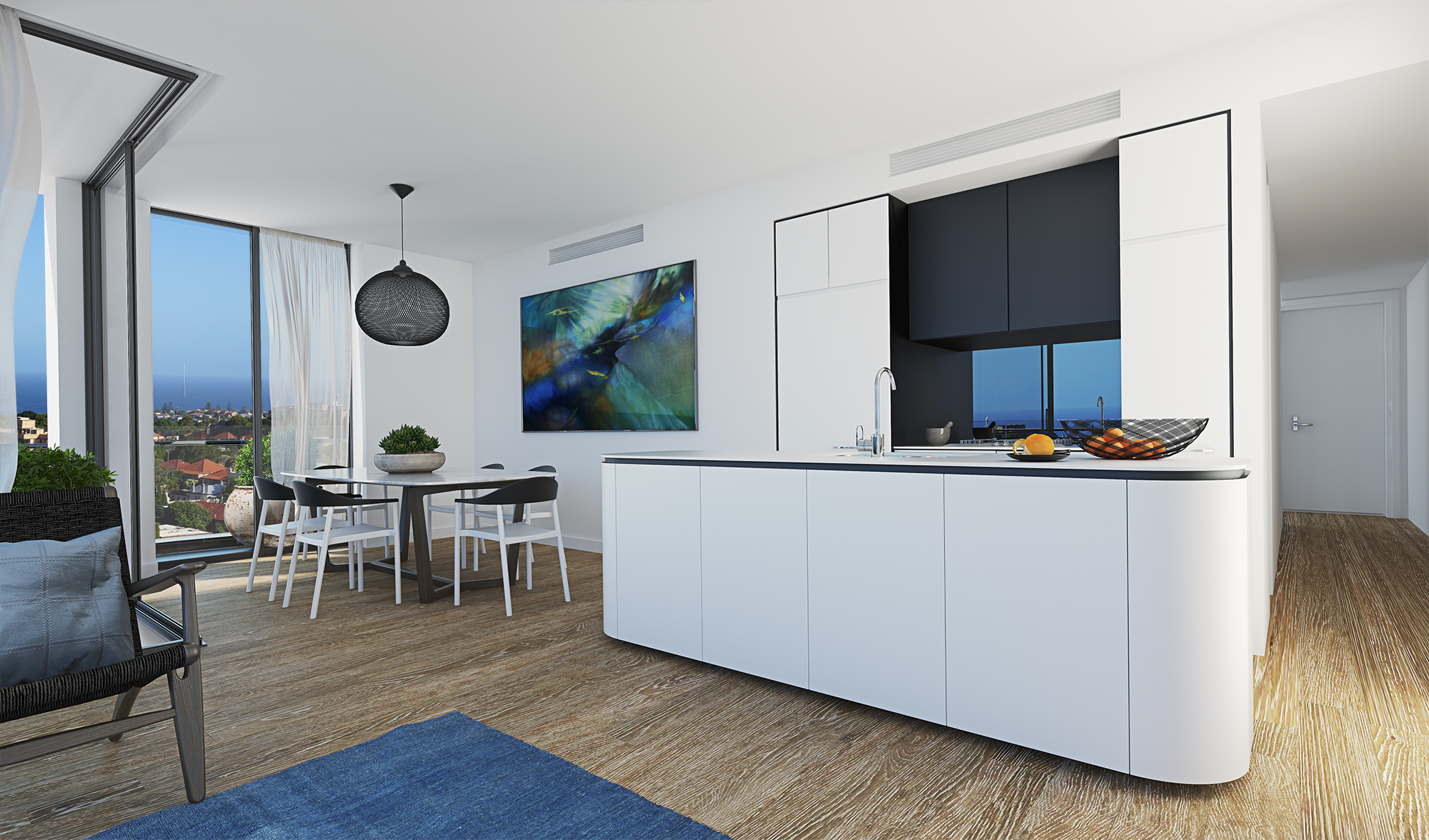 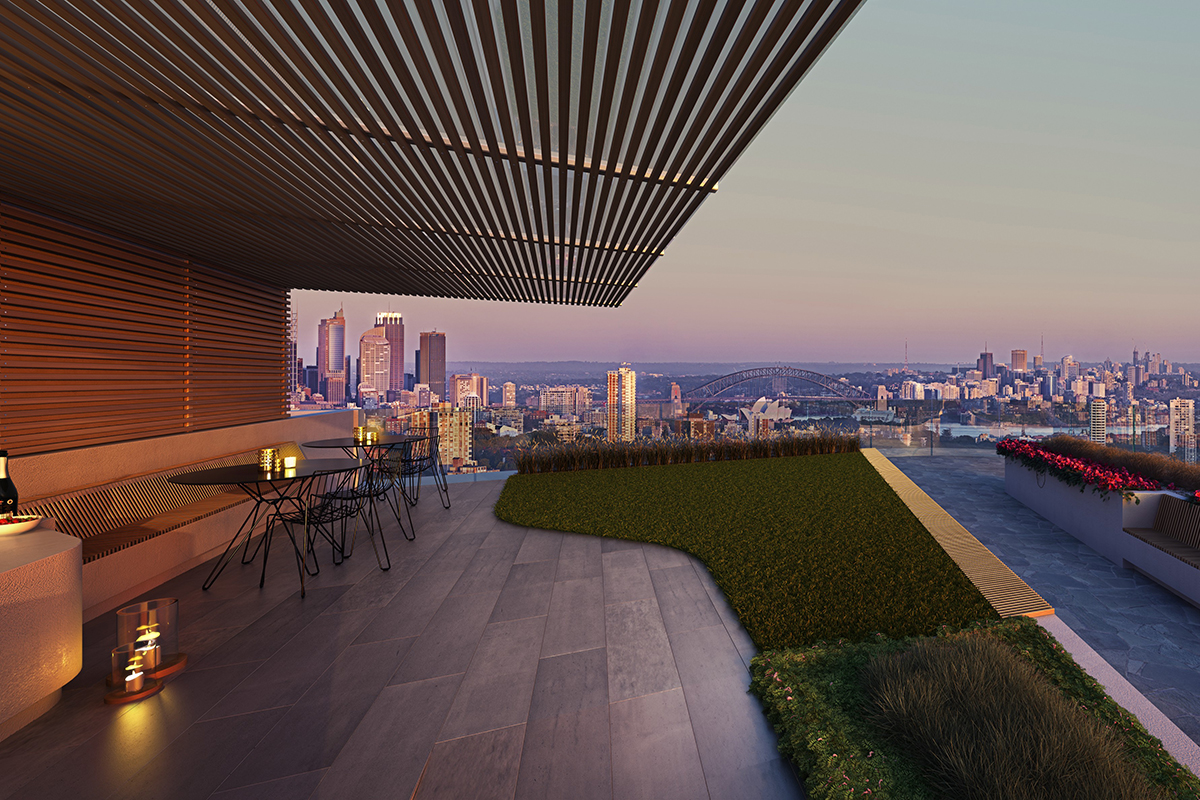 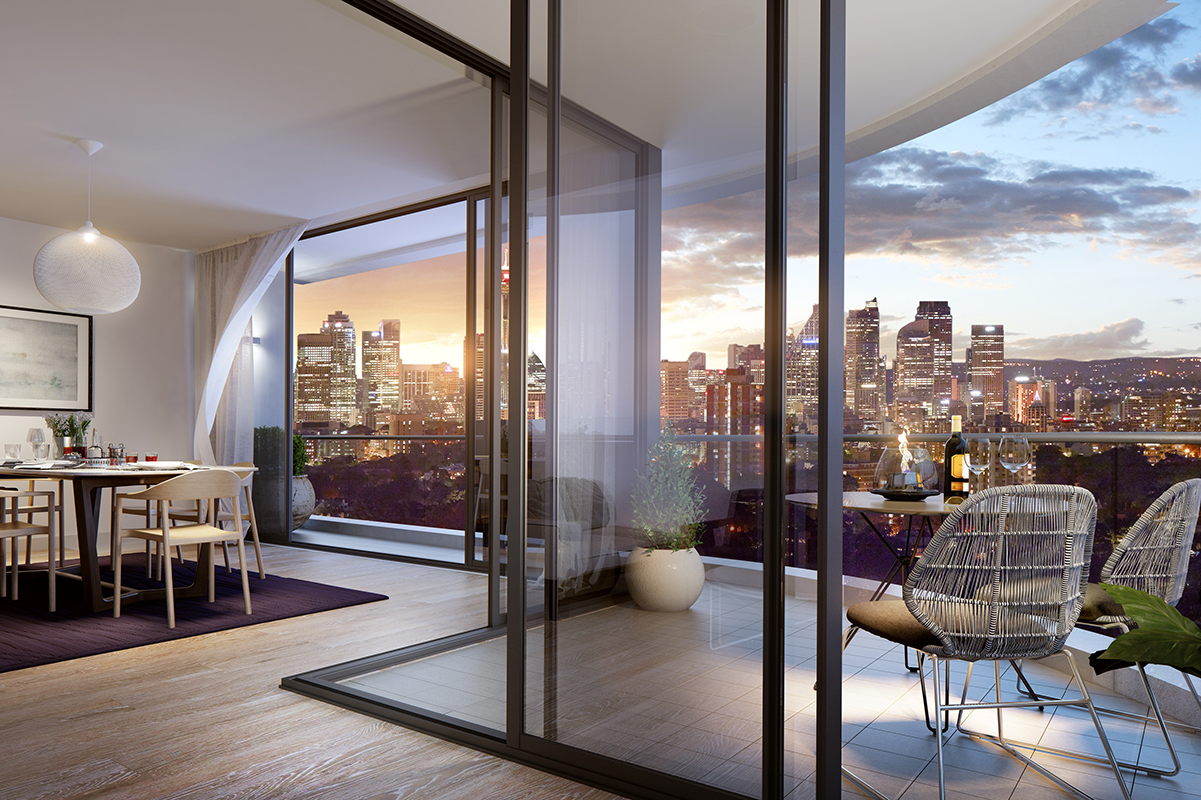 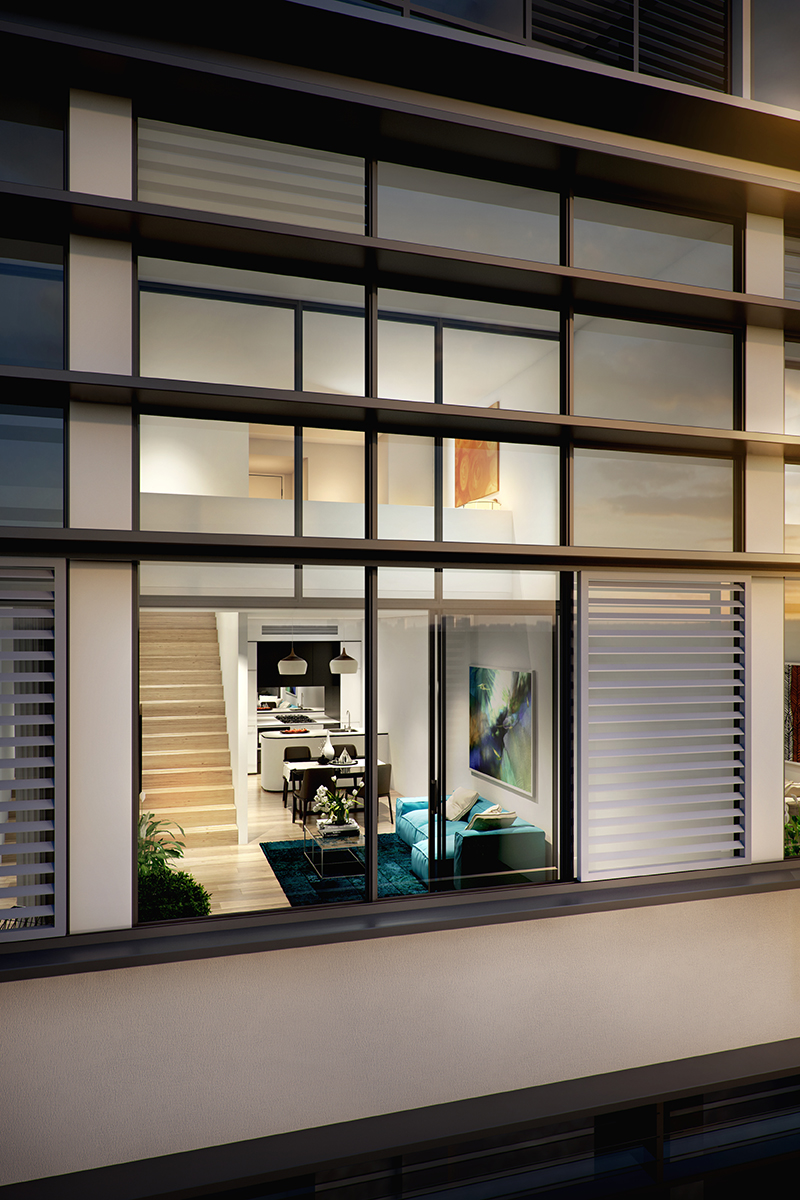 Site by The Gallery